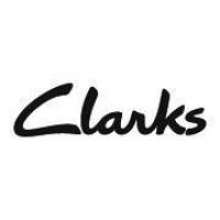 All offers, deals, discounts, events, sales at Clarks. It all began in 1825 in the Somerset village of Street when Cyrus Clark started tanning sheepskin rugs. He was joined by his brother James who introduced sheepskin slippers in 1830.

Production soon flourished, helped by the purchase in 1856 of recently invented Singer sewing machines. An early marketing success was William Clarks introduction of the ‘Hygienic line’, a range which followed the natural shape and line of the foot and established Clarks reputation for producing foot friendly shoes.

Clarks expanded rapidly during the early 20th century under the leadership of John, Roger and Alice Clark. They introduced new technologies and materials, took full advantage of the economies of mass production, and responded to changing fashions and the emergence of the female ankle by putting much more emphasis on the development of women’s shoes.

The end of the second world war saw dramatic expansion for Clarks as they moved into world markets.

In the early 1950s Nathan Clark introduced the Desert Boot. Modelled on the simple, comfortable boots that his fellow army officers found in the bazaars of Cairo, the boot had attitude, and quickly gained global popularity. It was followed in the 60s by Lance Clark’s Wallabee -­ a simple moccasin style that was to become another Clarks classic.

The 1960s also saw huge success for Clarks children’s shoes as their unique fitting properties set the standard for comfort and fit.

During the 1970s Clarks investment in technological research paid off, when the introduction of polyurethane as a soling material brought unique comfort benefits to Clarks consumers. Incredibly lightweight, yet virtually indestructible, P.U. technology formed the basis of many successful product ranges, from polyveldts in the ‘70s to the latest Active Air and Springers products which incorporate air cushioning deep inside their P.U. soles. Clarks enjoyed significant growth in the U.K. through this period with the establishment of a major retail chain, and global expansion also accelerated, especially in the U.S.A. Today, 186 years after it all began, Clarks is now the No. 1 shoe retailer in the U.K. The leading U.K. children’s shoe brand The World’s No. 1 shoe brand.

Clarks Near Me - Clarks Store Locator